Pennant has seen the return of the Chairman’s Awards for the third year and our five categories: Innovation, Performance, Quality, Respect and Teamwork, celebrating the core values of the company.

Nominations were made by employees, with detailed reasons given for each vote. These nominations were discussed by a four-person panel, who went on to determine the final short list and ultimately, the well-deserving winners. It was a tough choice between all those shortlisted with lots of deliberation as to who would take the top spot.

Pennant’s Chairman, Simon Moore said “Judging the Chairman’s Awards for this year has been delightful and heart-warming challenge. Despite the tough conditions that we at Pennant and everybody else have had to put up with over the last 12 months, there have been some inspiring stories. From our offices across the world the judges have heard about individuals and teams who have gone out of their way to come up with new and original solutions for our customers, delivering at the top of their game while all the time demonstrating Pennant’s values of respect, quality, performance, innovation and teamwork.” 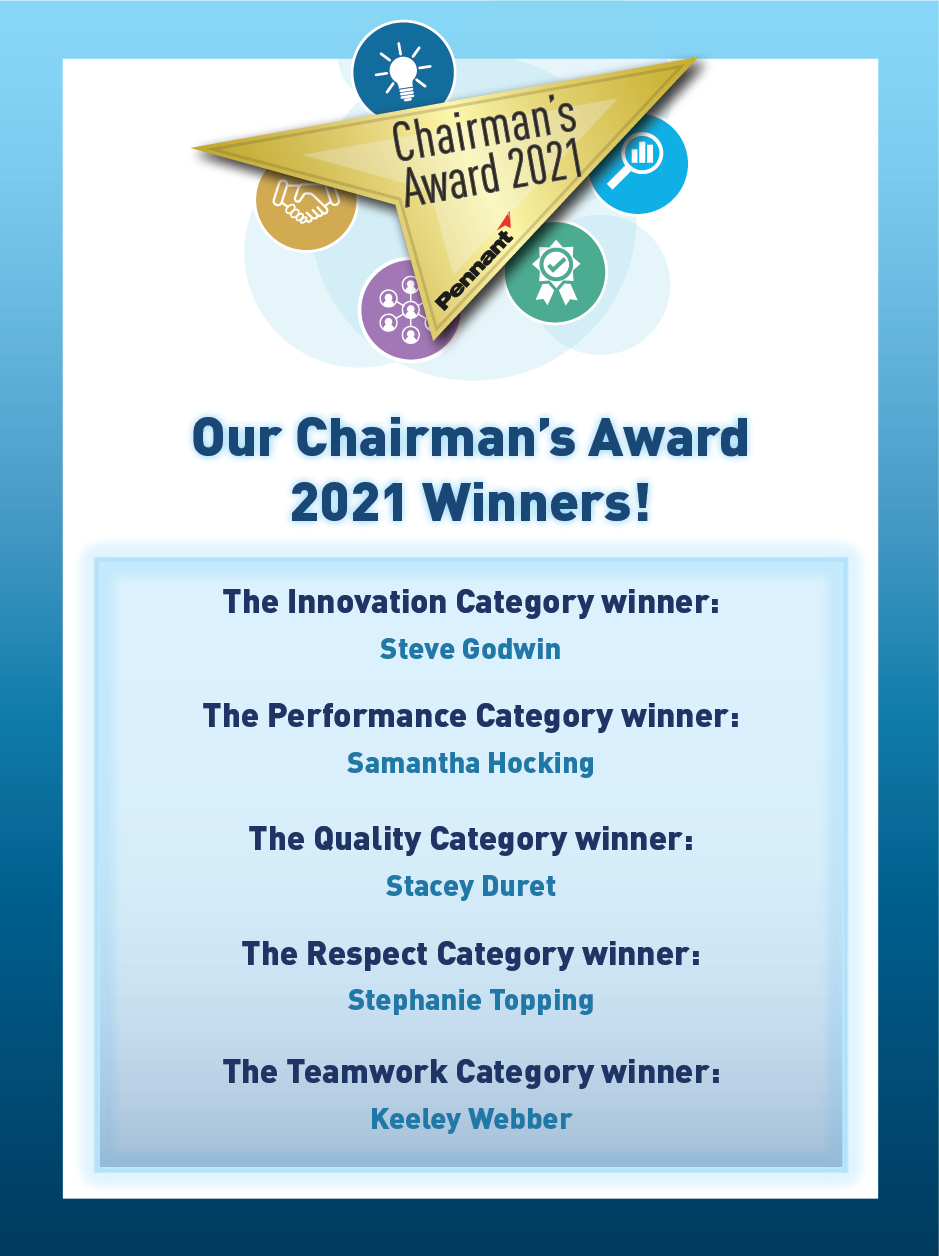 Phil Walker, CEO commented “I would like to take this opportunity to thank all Pennant staff across the Group for their hard work and dedication. Their continued commitment, resilience and drive has been critical throughout what has been a challenging year. It is testament to the Pennant culture that so many employees have been recognised by their peers for demonstrating these core values.”

A huge congratulations to all the worthy winners. The judging panel truly enjoyed reading the numerous reasons for each nomination and are proud to see so many members of the Pennant group putting the core values into practice.

We hope to have photos of our winner’s being presented with their awards when it is safe to do so.